We have come to the end of Harry’s first year at Hogwarts. It was far from typical for an 11 year old child. He faced dangers and fears and overcame huge obstacles. He also built relationships, not just with classmates, but also with adults, some of whom had cared for him from afar since his infancy, unbeknownst to Harry.

“… Hagrid gives him a beautiful gift he treasures: a photobook.”

Now he has to return for the summer to the people who don’t care so much for him. But before he leaves, Hagrid gives him a beautiful gift he treasures: a photobook. This photo album for Harry represents his history, a history he hadn’t known until this year. Hagrid had asked all of Harry’s parents’ old friends for photos of them, as Harry didn’t have any. Harry was so taken by the smiling faces of his parents on the pages that he was not able to speak when Hagrid asked if he liked the album. 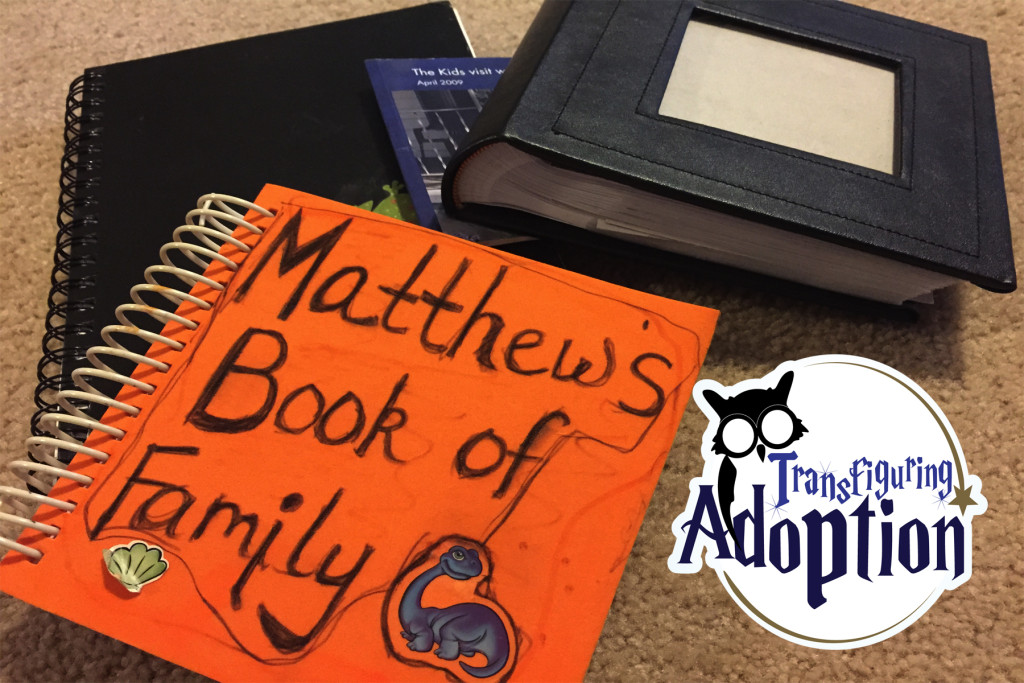 For foster and adoptive children, it is important to do whatever is in our power to give them photographic and written evidence of their history. Our two older children each have a few photo albums that they came with. One is a collection of pictures that their biological siblings’ foster mom took of all the children during an overnight sibling visit. Another is an album a former foster mom put together of pictures of the boys during their time at the home. The third is a book of pictures from their last visit with their biological siblings and their bio mom after her rights were terminated.

“They will excitedly show the albums and speak of whatever memories they have of when the photos were taken.”

They are not beautiful leather-bound albums like Hagrid gave Harry, but rather spiral notebooks with the pictures affixed to the pages with explanations of the shots, yet I cannot tell you how much the boys value these albums. They also have an album of photos from our first family vacation and packets of prints from life in another of their foster homes. Any person who walks through our door and talks with them long enough will experience their disappearance and return with picture books in hand. They will excitedly show the albums and speak of whatever memories they have of when the photos were taken. I have to admit, I have been really bad about getting pictures into albums for our kiddos. I’m a scrapbooker who never has time to scrapbook anymore, and Darren is an artist who takes literally up to at least a thousand pictures at any one family event, making it incredibly time consuming to pick pictures to print. I have a list of projects I want to do for our kiddos. I’ve mainly been trying (and failing miserably) to work on our family album. It amazes me how excited the kids get when I have a page done for them to look at.

As a part of our album, I have started to write out important dates and events, such as when each child entered care, when they moved from one home to the next, when they came to our home, when adoption was finalized, and so on. I also have attempted as much as possible to collect photos and information from biological family members, case files, caseworkers, former foster families…I even tried to get newborn photos from the hospitals. This was disappointing as they would not release the pictures, even though my name is on the birth certificate.

Another project I started a few years back is a list of any heights and weights I could find with dates so I could create a growth chart for them. I just keep trying to think of ways I can pass on as much of their history as I can to them.

“Equally important as having a history for our kids is remembering that their stories did not begin with us.”

Equally important as having a history for our kids is remembering that their stories did not begin with us. The adults who made the boys’ picture books are no longer in their lives. While biological children most often have adults who have always been with them and who can tell them over and over again stories of their early days and years until they are sick of hearing them, foster and adoptive children do not! I had never seen a baby photo of our kids for several years. (Now thankfully I do have some.)

“Our family’s adoption story does not start on adoption day, nor does it start on the days we all met. It doesn’t start when Mom and Dad received their foster care license. It starts before Mom and Dad even met or started dating.” 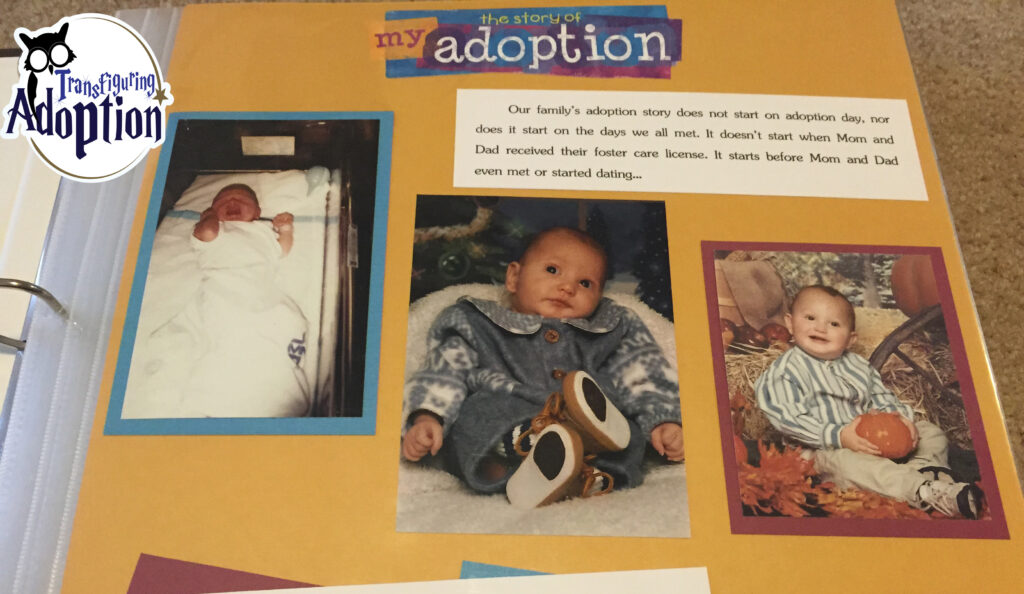 Whether your children are foster children with you a short time or yours forever, giving them a history to take with them into adulthood will help them along their journeys as they seek to know who they are, where they came from, and where they are going. 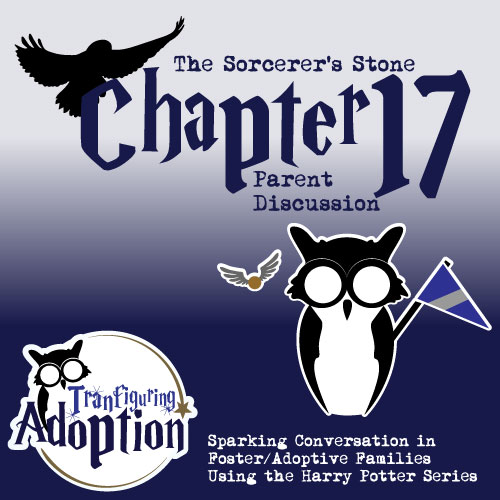