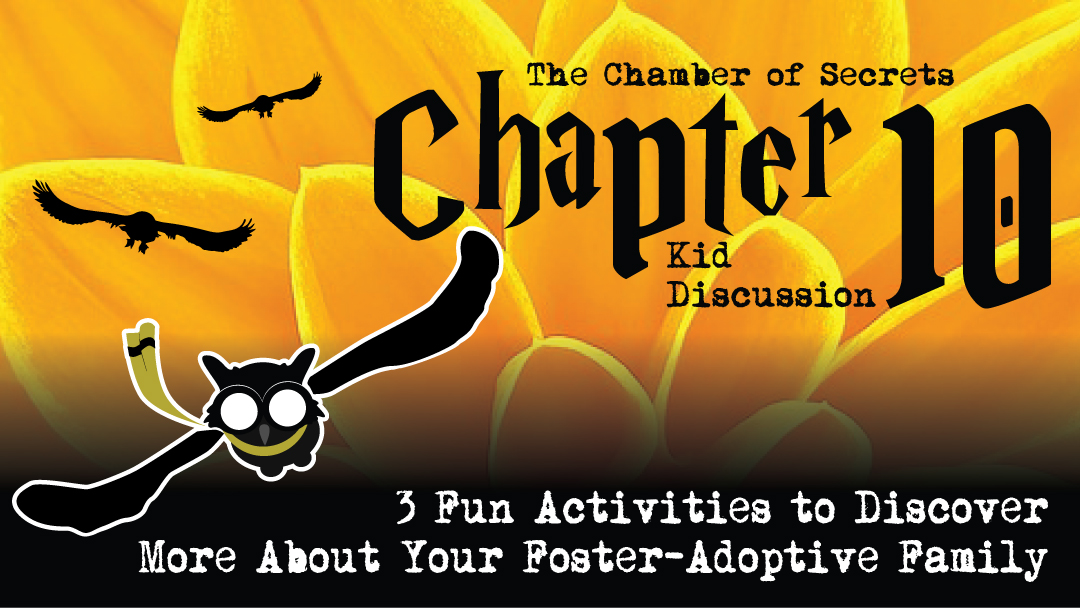 If you have been following the discussion on our blog, you know that Harry Potter has come to another quidditch match. This game is against Slytherin so Harry and everyone in his school especially wants to see the Slytherins lose the game. However, it is going to be difficult to win as someone has bewitched a bludger (a magical ball that flies on it’s own and try to knock players off their broomsticks) to attack Harry.

What would you do if a bludger was trying to kill you? Would you keep playing? Would you stop the game?

During a timeout Harry’s team talks about the problem with the bludger. They want Harry to stop the game or ask the referee to take a look at the bad ball. Harry’s whole team believes that the Slytherins put a spell on the ball and everyone wants to protect Harry.

Hopefully, as you get to know your foster-adoptive family, your parents can tell you what you’re talented at and you can notice the talents of other people in the family.

What Is Your Family Good At?

People inside a family want to help each other succeed. They stick together. No matter if you’re in a foster family, adoptive family or birth family, everyone inside your family is going to be different and not everyone is going to be good at the same things. Let’s play some games and find out a little bit about your family. 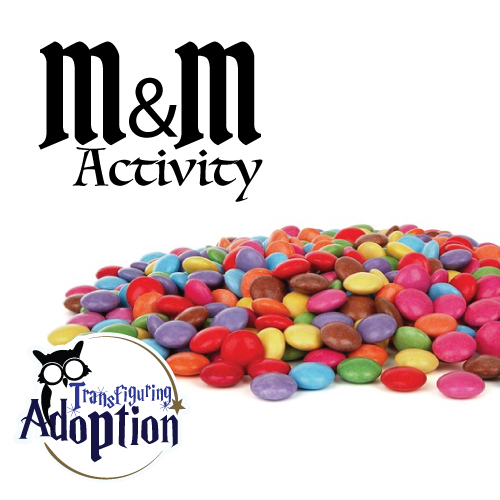 For this activity you’ll need a bag of M&M’s.

What happened during the two minutes? Usually, two things happen. 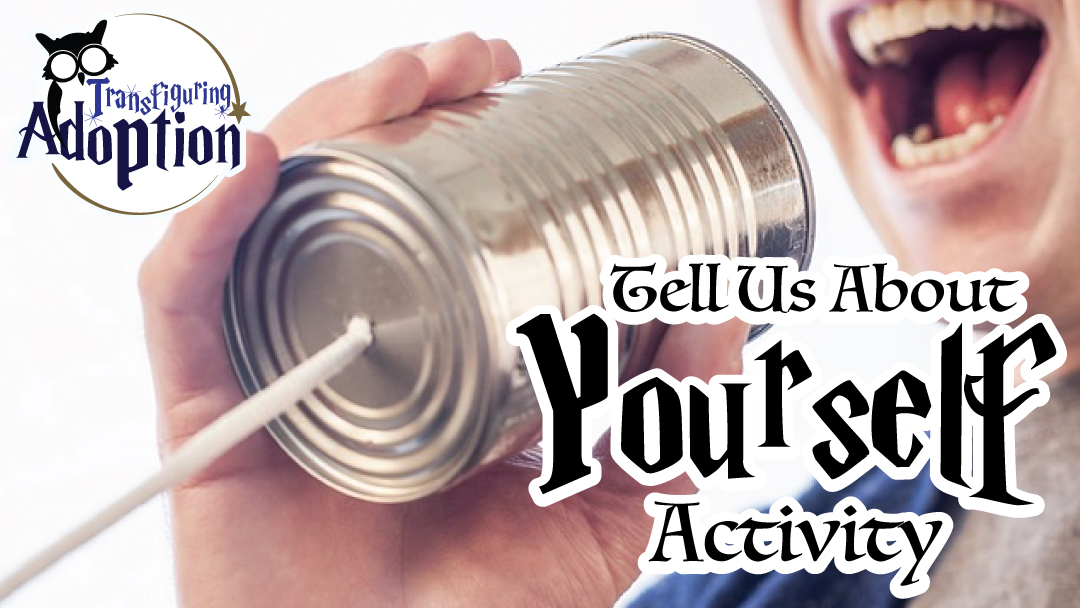 Tell Us About Yourself Activity

How did everyone do? If members of your family had trouble talking and filling up the minute, then you know those are the introverts in your family. In other words they are the people that are most energized by being alone or in small groups. These are the family members in OUR house that beg to go home and play the Wii instead of going to the zoo.

On the other hand family members that seemed to like being in front of everyone and talked over their minute are your extroverts. They are more energized when they are out in public or a lot of sensory input. In our house I, Darren, would rather read a book at a busy coffee shop while one of my kiddos would like to read a book in their bedroom. 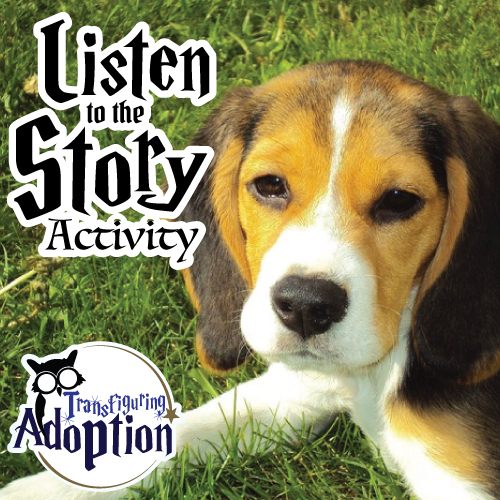 Listen to the Story Activity

A humane shelter worker is giving your family a dog. Before they bring the dog to the house though, the worker wants you to know some things about the dog. The dog’s name is Buddy. Buddy is a beagle. He is a very playful puppy. Unfortunately his old owner didn’t like to play with Buddy. In fact the owner would yell at Buddy when he wanted to play until Buddy got so scared that he would accidentally pee on the carpet. The owner would then take all the dog’s food and water away for two whole days. This happened at least one time every week. The owner brought Buddy to the humane shelter because he was a bad dog. The humane shelter worker wants to be sure that your family would play with Buddy and give him plenty of food. Your family agrees to let Buddy come into your home. However, when one of the kids fills Buddy’s bowl with food, Buddy was afraid the child was taking the food away. Buddy got angry and bites the kid’s leg. Unfortunately, a vet and the humane shelter worker both agree that Buddy will always try to bite someone in this situation. The vet tells your family that their is no chance of changing Buddy’s behavior.

What should your family do? Keep Buddy or send him back to the shelter? Why?

People that chose to keep Buddy because of his past will be the members of your family that make decisions by listening to their feelings. These are the members in my family that have dessert without finishing my dinner when I had a hard day at work or school.

Members of your family that chose to get Buddy out of the house more than likely make decisions by looking at the facts. I like to play board games with these family members because they play by the rules. They also come up with a fair way to see who should go first in a game.

What did you find out about your family? 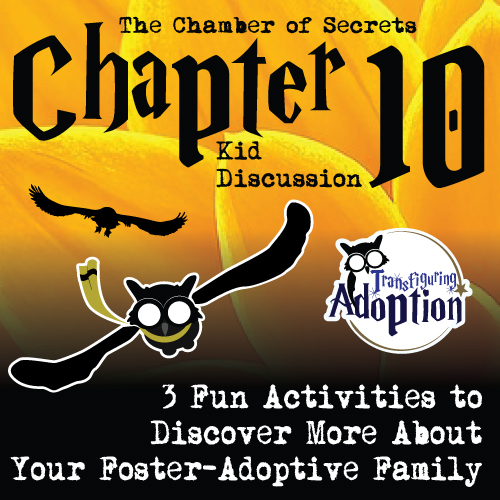 *The staff of Transfiguring Adoption are not professional counselors. The activities used in this blogged are meant to be fun ways for families to start conversations and should in no way be used for professional therapy.* 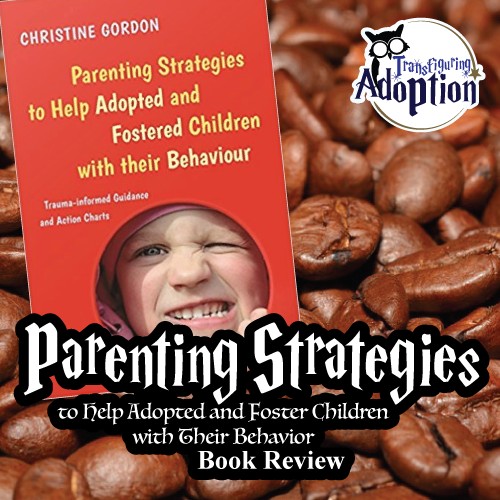