This is one of the more difficult blog posts I will write. In fact, I have been procrastinating for quite some time, but I need to say what I need to say. Earlier this week, Margie wrote a very important post about fear. She hit the nail right on the head with this post, and it caused me to put my original post on hold because I felt the need to address this emotion from an adoptee’s point of view. 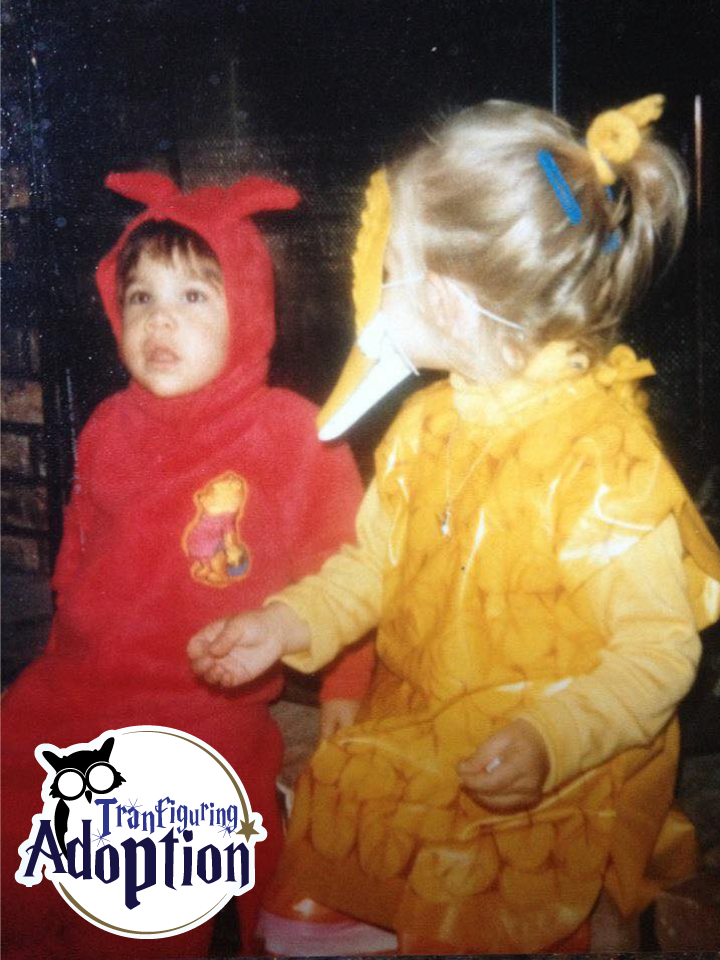 I was always a very anxious child. For instance, I was very afraid to ride my bike without the training wheels. When I wore them off of my bike, I simply refused to ride it because I was too afraid to fall. This made my 7 year old social life very difficult, as riding bikes was the favorite activity of all of the kids in my neighborhood. You see, we lived on a cul-de-sac with very little traffic and a couple of super awesome hills, so it was every kid’s dream biking area. At the time, my very best friend in the world was Robbie (another adoptee) who lived across the street. Robbie was the opposite of me. He was fearless. Hanging out with him and his brother was fun, and scary at the same time. They were always up to something, and when we got caught during our shenanigans, I was always the one left holding the evidence, even though I was always the one who was too “chicken” to participate! Robbie was younger than me by a year, and had a smaller bike than mine. Instead of judging me because of my fear, he let me ride his bike, and he took his brother’s. I felt better on that smaller bike because if I fell, It wouldn’t be as far to the ground- therefore, it wouldn’t hurt as much.

“I always felt that I was a mistake and needed to prove myself to be worthy of the life I took up. I thought that I failed before I even got a chance, and that somehow, because I was not a planned person, I was someone who ruined other people.”

Being afraid to fall has always been a huge part of my life. I don’t remember anything about life before adoption because I was an infant. But, there was always something there. I couldn’t always describe it, but it has been THE driving force in my life. It has taken me a very long time to put words to this force, so here it goes: I always felt that I was a mistake and needed to prove myself to be worthy of the life I took up. I thought that I failed before I even got a chance, and that somehow, because I was not a planned person, I was someone who ruined other people. Feeling this way broke me in more ways than I can ever describe. It was a constant source of pain and turmoil, a sort of “dark passenger”, if you will. I had already fallen off of the proverbial bike of life, and I was in pain!

“I was a perfectionist to the core because that was the only way I felt like I was “OK”.” 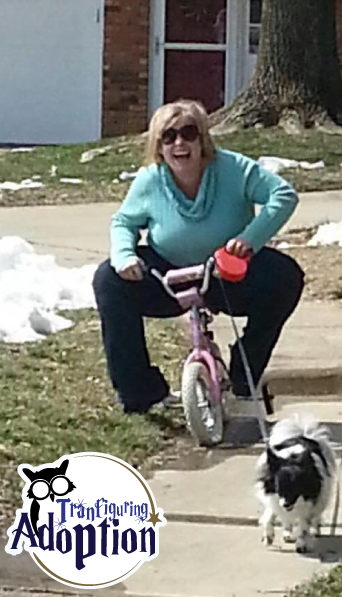 How could I ever ask for help, when I was too young to explain this hurt that was buried so deep inside? I don’t think anybody I ever knew understood the storm brewing below the surface. On the outside, I was this kind child. I worked extra hard (and excelled) in many activities, I made sure I was polite, fun, creative, and got on the honor roll at school. I feared getting in trouble or having bad grades more than anything in the world, and was quite the “goody two shoes”. This wasn’t because I enjoyed any of the things I did, but it was because I had to be worthy of existence. On the flip side, if something felt too difficult, I would give up. I was too afraid to fail, so I would just say I wasn’t interested anymore. I was a perfectionist to the core because that was the only way I felt like I was “OK”. Because of this, unconditional love was such a foreign concept to me, I don’t know if I would have recognized it if it was handed to me on a silver platter.

I was so afraid to fall, I was so afraid to fail, that it resulted in very crippling anxiety, panic, and depression in my early adulthood. I was so afraid to make a mistake, I bowed out of life and was terrified of leaving my own home. In order to avoid not being perfect, I became a different kind of imperfect that created guilt and extra anxiety. It was a cycle I didn’t know how to break.
I am doing better now that I have had help from a social worker. I still have panic attacks, and I still fear falling, But now as I look back, I remember that I outgrew Robbie’s little bike, and it was necessary to face my fear. I started very slowly riding my big bike up and down my driveway, and with every turn I felt more and more confident. Robbie was there cheering me on the whole way. After that, I finally realized that I could do it, and it gave me a freedom I never had before. I rode the heck out of that bike and Robbie and I had so many adventures. Did I fall? Yes. Did it hurt? Yes. But I’m glad I got back on and kept going. The memories of the happiness and fun I had with my friend far outweigh any of the fear. But, I will never forget how kind he was not to judge me, and to allow me to use his little bike in the first place.

In 2000, Robbie passed away from a rare form of cancer, and the last time I saw him I thanked him for the bike and the adventures. I held his hand as he lay peacefully in a coma, and now that I look back, I know the answer-

And one day, hopefully, you will look back and treasure the memories you made while you learned and fell.

Always, Always get back on your bike, my friends, it is WORTH IT!!!! 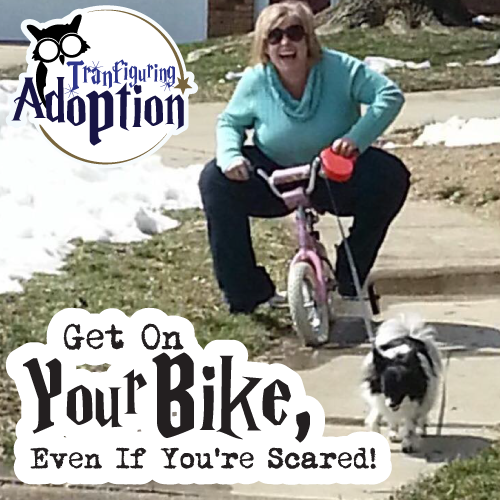 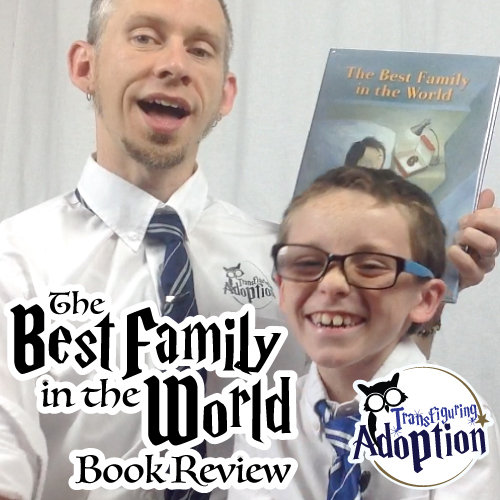 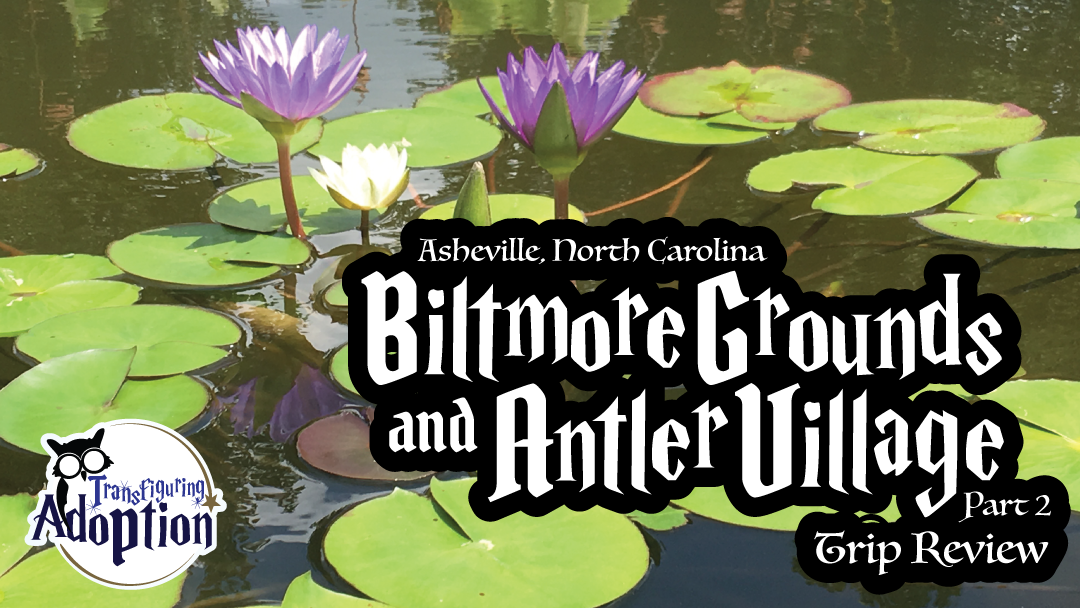 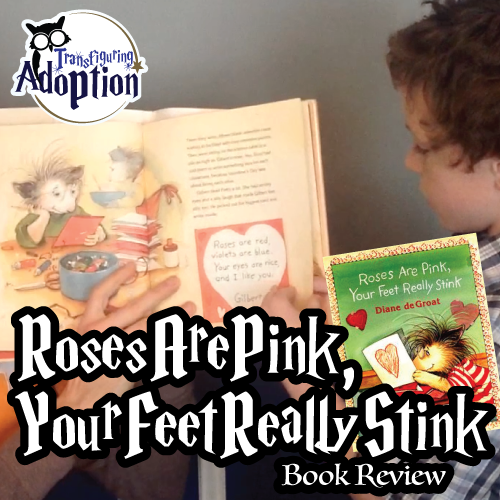