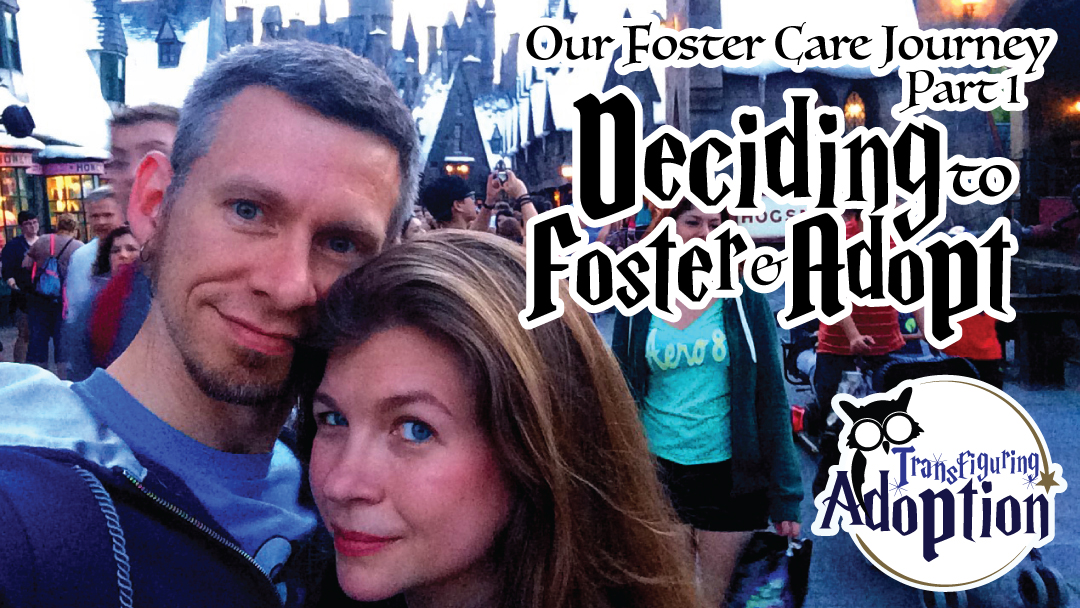 Sometimes in life, we need to take a look back at what motivated us to make certain choices, like the choice of how to build a family. Our family wasn’t brought together through birth. So what’s our story? How did we six Finks come together? Our journey began with a major life decision…FOSTER CARE ADOPTION. 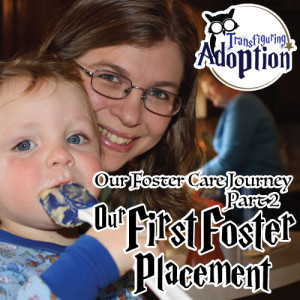 As a psychology major in college, I learned more about the realities that institutionalized children face. It wasn’t until 2003 when Darren and I moved to Korea to teach English as a second language that I saw institutionalized children firsthand. Over the course of my two years there, I volunteered in four different orphanages in our city, Daegu, with my friends and felt myself fall in love with these children.

“We had always considered adoption and foster care as something we’d like to do sometime, but infertility was the kick in the pants to pursue it then.”

Darren and I returned to the United States in 2005 and shortly after decided that after five years of marriage, it was time to start trying to have a baby. For over two years, we attempted to get pregnant and had a few medical tests along the way. We discovered that it would be extremely difficult for us to have a baby without medical interventions like in vitro. We had always considered adoption and foster care as something we’d like to do sometime, but infertility was the kick in the pants to pursue it then. We felt like, rather than force a child into the world, we should follow our passions for the hundreds of thousands of children who needed homes.

“At the time, we learned that over 125,000 children in the United States were legally free for adoption.”

At the end of 2007, we began researching our options: international adoption, private domestic adoption, or foster care adoption. Several reasons, including cost, led us to decide to foster to adopt. The biggest reasons are shown in the infographic below developed recently by Simmons College. At the time, we learned that over 125,000 children in the United States were legally free for adoption. We also discovered some of the statistics below about former foster youth, particularly those who turn 18 and age out of foster care without a family to call their own. Foster care adoption is free, and caregivers can receive reimbursements for the costs of raising children with special needs. We watched a TV special that year called A Home for the Holidays, a Christmas season special that highlights the need for adoptive homes for children in foster care. That night, we started looking at sites like davethomasfoundation.org for more information and first steps and  sites like adoptuskids.org for photo listings of children available for adoption. Our hearts melted reading all their bios and seeing SO many kids, especially groups of siblings who were at risk of being separated if homes with enough space for them could not be found. We tried to imagine what it would have been like if we not only had been removed from our homes, but that we had also lost our siblings! How heart-wrenching! We had a large home and decided that we could keep siblings together with all the space we had.

Coming in Part 2 – The first placements

What series of events brought us to today and our four kids? Stay tuned for parts 2 and 3 of our journey. Two kids arrive at the house, we run into crazy foster care rules, and trial by fire parenting. 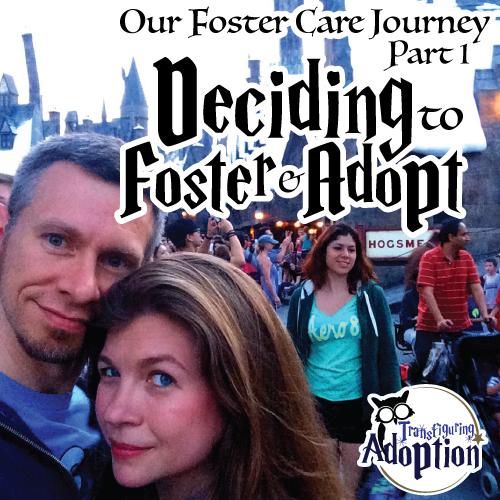