I’ve had someone try to equate living with sensory issues like going through life constantly like you’re walking through a carnival midway while someone is scraping their nails on a chalkboard AND trying to deal with life. Imagine trying to take a test at school when the fluorescent lights are overpowering your eyes. Try to listen to a math lesson when the tag in your shirt is literally driving you crazy. 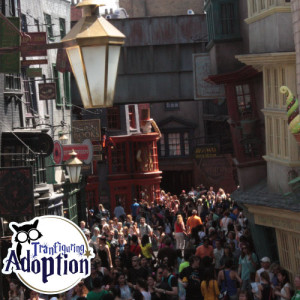 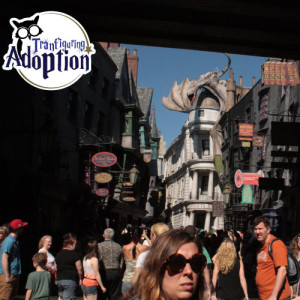 None of our children have been formally diagnosed with sensory perception issues. What do you think though?

The Wizarding World of Harry Potter

The Wizarding World of Harry Potter at Universal Orlando is a popular destination for vacationing families. Both the Hogsmeade and Diagon Alley areas are wonderfully immersive. The parks have been so well done that you will doubt whether the Harry Potter books are actually fiction. 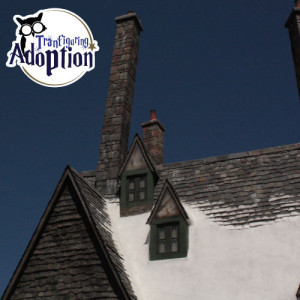 The harsh reality for a foster family is that everyone wants to witness this immersive park. This means that while you might be in a crowded environment in the rest of Universal, The Wizarding World is going to be absolutely jam packed. Tons of people means lots of noise, too much to look at, and unusual smells.

My Son Hides From His Senses

During one visit to the Diagon Alley area of The Wizarding World, my son’s senses had met their match. 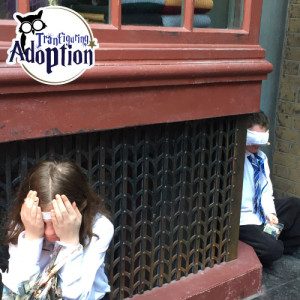 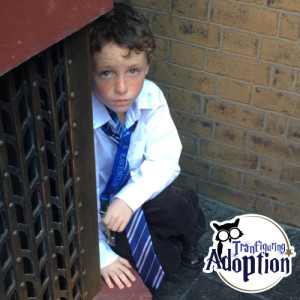 If any family is going to make it through the day to witness as much fun as The Wizarding World has to offer, a family has to guard themselves against fatigue. This means mom and dad have to have enough energy as well as the kids. However, when kids start to melt down because they are too tired of dealing with their senses being bombarded, what are you going to do?

While we were exploring Diagon Alley, we discovered a gem that will help you on your trip with your foster and adoptive children.

Madam Malkin’s Robes For All Occasions is a store that sells apparel in The Wizarding World. Once we entered the main entrance, I immediately noticed a doorway to the right. I continued to explore the clothing store but made a mental note to revisit this mysterious doorway – assuming that it simply went to the next adjacent store.

After exhausting everything there was to see at Madam Malkin’s, I walked through the mystery door and saw… nothing. It was an empty room. Well, the main floor was empty but the area near the ceiling was littered with cages holding faux owls that were hooting. As our family stayed in the owl emporium area, I bet we witnessed about ten people enter and quickly exit the room within a time period of 15 minutes. 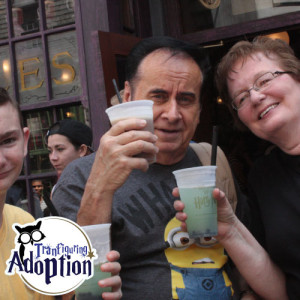 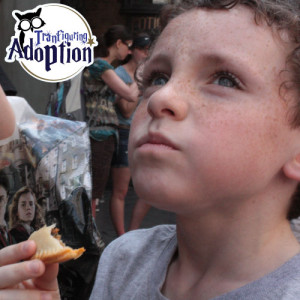 Once we were home I emailed Universal’s guest services about the room. I was told that the room was actually an overflow room for the que at Madam Malkin’s. However, after several visits to Diagon Alley, this is what the room offers a foster and adoptive family:

How Do You Roll? 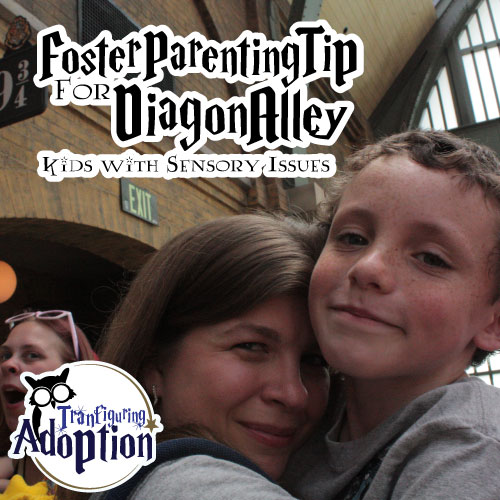 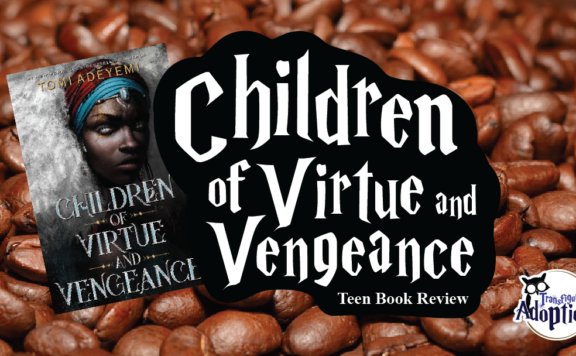