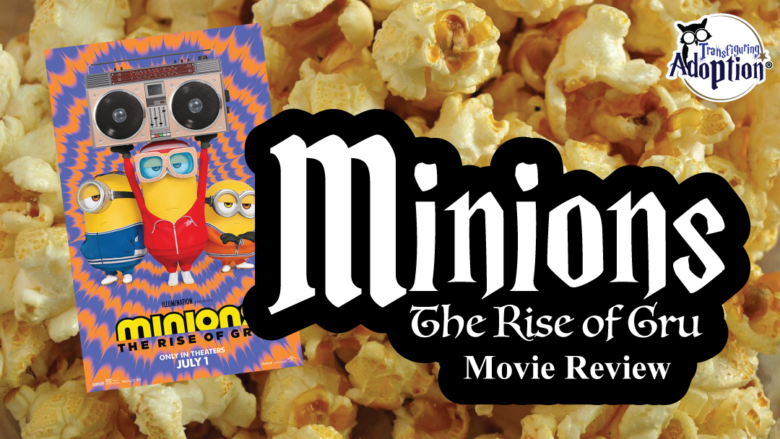 From the Cover of Minions: The Rise of Gruby Universal Pictures:

“In the heart of the 1970s, amid a flurry of feathered hair and flared jeans, Gru (Oscar® nominee Steve Carell) is growing up in the suburbs. A fanboy of a supervillain supergroup known as the Vicious 6, Gru hatches a plan to become evil enough to join them. Luckily, he gets some mayhem-making backup from his loyal followers, the Minions. Together, Kevin, Stuart, Bob, and Otto–a new Minion sporting braces and a desperate need to please–deploy their skills as they and Gru build their first lair, experiment with their first weapons and pull off their first missions. When the Vicious 6 oust their leader, legendary fighter Wild Knuckles (Oscar® winner Alan Arkin), Gru interviews to become their newest member. It doesn’t go well (to say the least), and only gets worse after Gru outsmarts them and suddenly finds himself the mortal enemy of the apex of evil. On the run, Gru will turn to an unlikely source for guidance, Wild Knuckles himself, and discover that even bad guys need a little help from their friends.”

This is the fourth installment in the Despicable Me franchise of movies. This film serves as a prequel to give us the backstory of super villain Gru. During the 1970s Gru is aspiring to become a member of the Vicious 6, an elite super villain group, even though he is only 11 years old. Upon interviewing for the open position in the group, Gru is overlooked and quickly proves his abilities by stealing the Vicious 6’s prized heist token, which is a magical stone. Humorous hijinks ensue when Gru entrusts Otto, a newly introduced Minion for this movie, to get the stone back to Gru’s home, but Otto ends up trading the stone for a pet rock he spots at a birthday party. Gru will have to get the stone back to maintain leverage over the Vicious 6, who are out to get him, and the Minions (Kevin, Bob, Stuart, & Otto) strive to get back into Gru’s good graces. The entirety of the movie seems to deal with the issue of sticking together with one’s tribe and trusting others as opposed to tackling life alone.
In this reviewer’s opinion the animation was overall fun and good for some laughs. If you have enjoyed the style of humor from the previous movies, you’ll have a good time with this movie.

This movie appears to have been created for the general public and seems to be specifically targeting families with children between the approximate ages of six through eleven, although it will be fun for all ages to watch. However, as with many of our reviews the movie is not intended directly for foster and adoptive families. Foster and adoptive families are going to appreciate the theme this movie presents about sticking together with one’s family/friends/tribe. For many families coping with trauma it can be common to find that children untrusting of adults. Thus, children will have trouble sticking together with their foster/adoptive family and may have a tendency to want to take care of issues on their own without any help from safe adults. Families coping with traumatic pasts will appreciate that this film introduces discussion-starters about sticking together with the family unit. It’s unfortunate that some potentially major trauma triggers exist in the film.

Personally, as a moviegoer and fan of the franchise, I really wanted this movie to score better but with the potential triggers not even clever puns or Minion antics could pull it higher. It still has an acceptable score but this reviewer suggests taking a look at the points below to be sure your child will be able to experience this well. 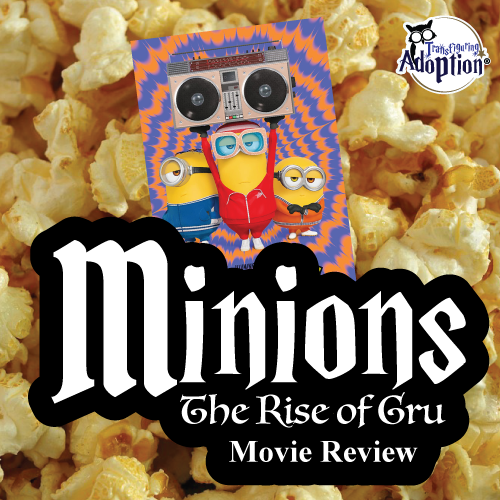