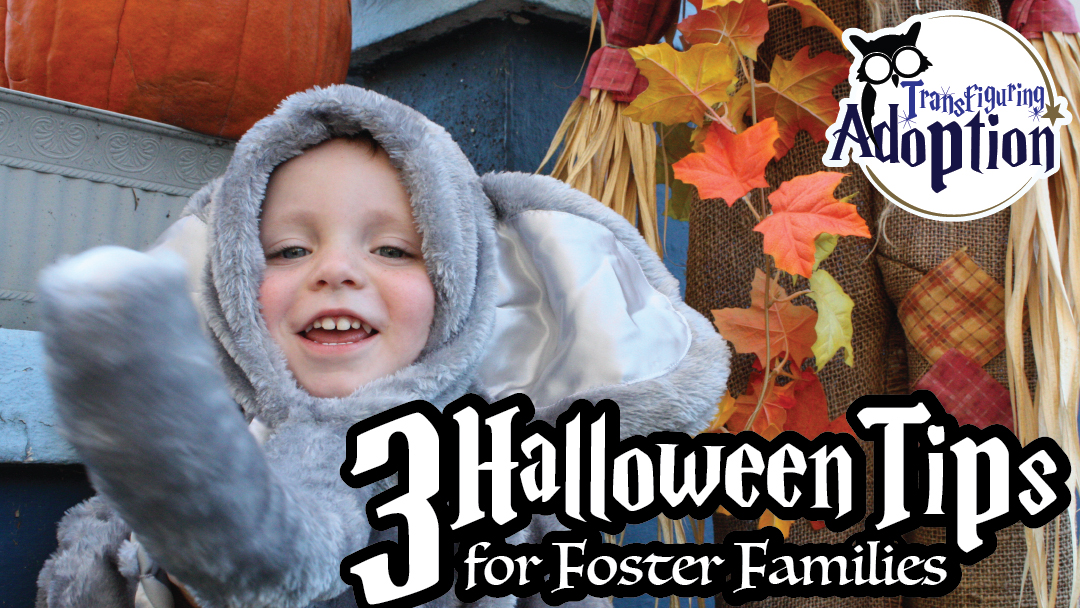 I think most of the American public has seen It’s The Great Pumpkin Charlie Brown, right? It’s a Halloween tradition in our house. This cartoon features a boy named Linus, who is convinced that a fictional entity called The Great Pumpkin is going to show up in the middle of a pumpkin patch and shower him with presents. All of the other kids think he is crazy except for Sally. Sally really likes Linus and likes the idea of being rewarded with presents instead of merely getting candy from Trick-or-Treating.

Let’s Prepare to Have Fun

Linus is a reminder to me of our foster children. Sometimes they have an idea of how life is to be run that is skewed. Possibly you have children in your home that were the parents to their siblings and maybe even their parents. If the kiddo(s) had the opportunity to go Trick-or-Treating, it might look very different in your home as compared to their past situation. The differences could be because of their past trauma or it could merely be that you’re a different family that has another way of doing things. Consequently, any differences or variation from their normal can be quite overwhelming.

Why Something Fun Could Be Overwhelming?

3 Tips for Enjoying Your Trick-Or-Treating Adventure

I was quite impressed with a printable card that I saw created by several autism programs. These little cards are designed for nonverbal children to handout to people with the words, “Trick or Treat” on them and a brief description of why the child cannot verbally say the words.

While there seems to be a high percentage of foster-adoptive children on the autism spectrum, this idea is nice in general for our kids. Why?!

Print Off Your Trick-Or-Treat Card 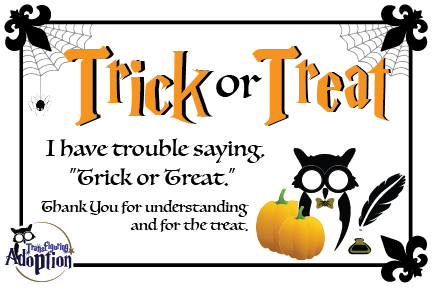 What are tips you have for Trick-of-Treating? 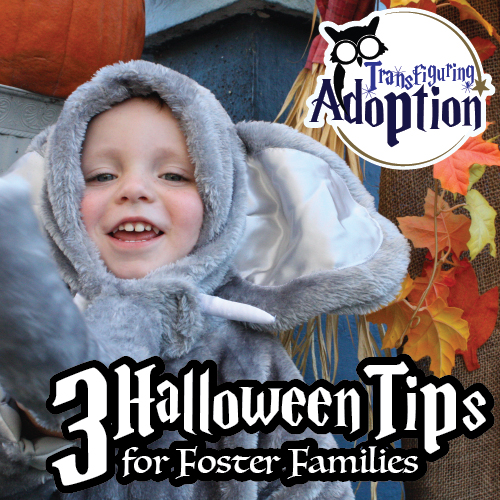