“Love at first sight strikes when young Tony spots Maria at a high school dance in 1957 New York City. Their burgeoning romance helps to fuel the fire between the warring Jets and Sharks – two rival gangs vying for control of the streets.”

About the Reviewer: Rachael B. Rathe 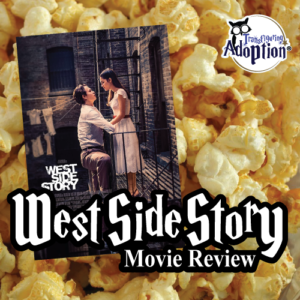