Transfiguring Adoption awarded this game 3 Hoots out of 5 based on how useful it will be for a foster/adoptive family. [Learn more about our Hoot grading system here]

From the Cover Synopsis of The Legend of Zelda: Skyward Sword HD (2021) by Nintendo:

“Take to the skies, draw your sword, and experience the earliest story in the Legend of Zelda series. Join Link in his high-flying quest to save Zelda, a childhood friend who much confront her destiny.

Soar between floating islands and descend to the treacherous surface courl in this updated HD version of The Legend of Zelda: Skyward Sword game. Gently swing your Sword and angle your slashes to uncover and break through opponents’ defenses using intuitive motion controls. Movements feel smoother and more immediate thanks to the Nintendo Switch system’s processing power and HD graphics. Take advantage of the newly-added button only control scheme – perfect for playing in handheld mode or on the Nintendo Switch Lite system.”

Rachael B. Rathe is an East Tennessee native with a Bachelor of Arts Degree in Psychology with a Minor in Child & Family Studies from The University of Tennessee Knoxville. She has worked in mental health since 2013 and in foster care/adoptions for a private provider agency since 2014. Rachael was inspired to work in the field after working with children and teens on a volunteer basis 2008 – 2013. Rachael’s ideal self-care day involves snuggling on a couch with her kitties (Tabitha, Fergus, and Rufus) while enjoying a good movie or book. She also enjoys galivanting around conventions concerning all things nerd and geekery. 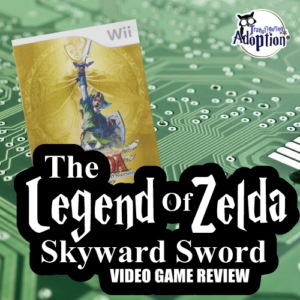