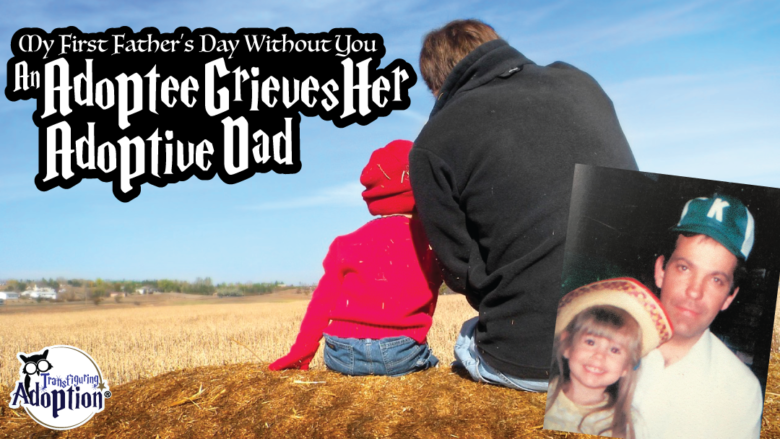 My First Father’s Day Without You:
An adoptee grieves her adoptive father

May 17, 2019.  I won’t ever forget it.  My phone rang at 4:00 am, and the nurse on the other side said, “Mr. H. Is without pulse and without respiration”.  What? I had to have her repeat herself a few times before It sank in. “Mr. H. Is without pulse and without respiration”.  I thanked the nurse and ran to the bathroom. Not knowing if I was going to vomit or faint, I fell between the toilet and the bath tub, my husband following closely behind. I kept repeating “my dad is dead” over and over again, not comprehending the words coming from my mouth.  My world came to a halt at that very moment in time.

“I kept repeating “my dad is dead” over and over again, not comprehending the words coming from my mouth.  My world came to a halt at that very moment in time.”

It wasn’t a surprise.  My adoptive father had been ill for a very long time.  Years of chronic pain, strokes, infections, cancer, broken hips, dementia, and opioid and alcohol addiction had made our lives a virtual Hell. It started with his back.  He had 6 spinal fusion surgeries, took opioid pain killers, and supplemented them with alcohol. After one of his surgeries, he got MRSA in his spine, and we had to administer IV antibiotics through a PICC line in his arm.  He started drug seeking. He got in trouble with the law. The day I found out I was pregnant with my daughter, I found him OD’d, and I saved his life. He would have to go in and out of nursing homes for physical therapy. Somewhere in there, he had prostate cancer, and had two strokes.  About 8 years ago, he fell down the stairs at his home, and broke his hip. after that, he never came back home. We spent every penny he ever had on his medical care, and fought a long, expensive 2 year battle with the state of Illinois to get him on Medicaid. The state wouldn’t pay all of the debt from when he was “public aide pending”.  We had to fight to keep him in the only nursing home around that had a memory care unit. As his legal guardian, I was sued by his previous nursing home that threw him out because he was too much for them to handle. Almost monthly, we were called to the emergency room for one issue or another. Several times, we thought he was going to die- like when he had a UTI and the fentanyl from his pain patches built up in his system.  It took six doses of narcan to pull him out. There were other times like that too, when he would be on the brink of death, and wake up the next morning asking for breakfast. He was a fighter. In late March, we took him back to the ED and found out that he had a severe UTI, pneumonia, and he was septic. A couple days later, he had a small stroke. They sent him back to his nursing home on 14 days of IV Vancomycin. When I went to see him, he was slumped over in his chair, and not anywhere behind his eyes. So, when his nurse called me on May 16th, to tell me he had a fever and labored breathing, I had to make a decision.

I entered his room, his fever was so high. He was not conscious. He was struggling to breathe. I decided not to take him to the hospital. They were able to bring in a portable chest x ray and confirm that he had pneumonia. I sat with my dad for hours that day, changing his ice packs, and praying. When I brushed his hair, he opened his eyes and looked at me.  He was there, that time. His priest blessed him, I assured him I was there and talked to him about things we did together when I was a kid. When he was asked if he was in pain, he was able to say, “no”. I told him I love him, and he shed a single tear and closed his eyes. The man down the hall was screaming obscenities at a caretaker all day, another patient was walking in and out of his room, trying to take his belongings, and I could hear them down the hall in the rec room watching “The Sound of Music”- a movie I had bought for my dad a couple of weeks before- hoping he would hear the music and feel happy.  Time slowed down. This broken man in front of me had a terrible quality of life. I decided to put him on comfort measures only. Within 14 hours he was gone.

“He might not have been my biological father, but he was every bit of a dad to me when I was younger. I loved him with all of my heart.  I depended on him. He depended on me.”

My adoptive father wasn’t always like that. He was once a lively, funny, easy going, kind human being. I was a daddy’s girl. I would ride on the lawnmower with him, go to work with him, we would ride bikes together, play games, cook, shop, read, watch tv, and dance in the kitchen together. He was my daddy. He loved me and I knew it. He endured countless tuneless school concerts, never missed a ballet recital, and would sing with me while we drove in the car.  He would calm my night time anxiety by giving me his watch to sleep with. It was one of those with a tuning fork inside, and as I listened to it hum, I felt safe, and could finally drift to sleep. When I had appendicitis, he drove me to the hospital, my head in his lap, and he stroked my hair and comforted me as I cried out in pain. He didn’t even get mad at me when I got into several fender benders, or brought his car back running on E. I talked to him every day when I was in college. He even bought me flowers. There were times in my life when I think he was the only person in the world who loved me. Sometimes, he would open up about my adoption with me. He would say that he hoped I would meet my biological mother someday, because he was so proud of me. Those are the memories I cling to. Not the violence, the screaming, the anger, and the pain his illness brought into my life. He might not have been my biological father, but he was every bit of a dad to me when I was younger. I loved him with all of my heart.  I depended on him. He depended on me.

Tomorrow is father’s day. I broke down at the store when I saw the section of cards. Last father’s day, I was rejoicing because I was the luckiest girl on the planet because I had both my biological father and my adoptive father to celebrate. Tomorrow, I will lay a card by his mausoleum and cry my heart out.  I’m having to learn how to be in this world without the man my children affectionately called “Baba.” He is truly in a better place, and this little girl he adopted oh so many years ago feels so lost without him, but she is grateful to him. 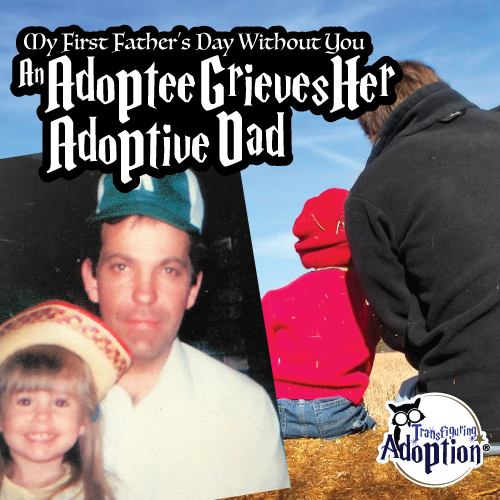 An Artrageous Way to Give Kids a Voice: Interview with Nathan Heck
March 21, 2016
Adoption and Orange is the New Black
July 8, 2015 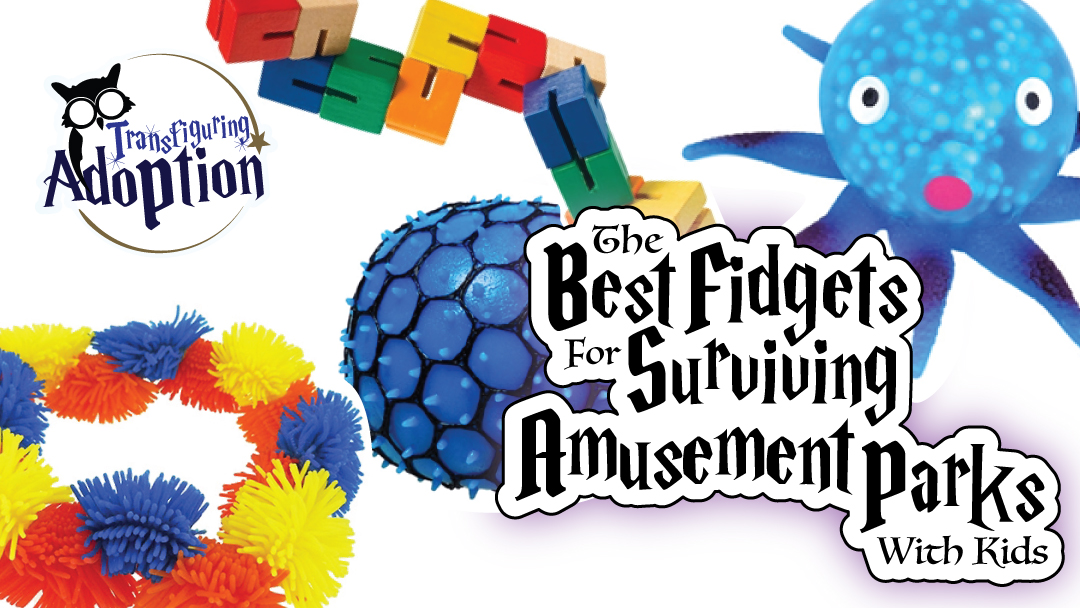